YOUR CHANCE TO WIN!
Join us at Elevate Christian Music Festival this weekend in Prescott, AZ and enter to win 2 sets of 4 BOX SEATS to the 4th of July Diamondbacks game against the Colorado Rockies!
See you there!

via 7 Reasons to Add Strength Training to Your Workout Routine | Everyday Health.

via Why Is Eating Healthy Important? | Healthy Eating | SF Gate.

Get up and go! We can do it together! Let’s start making disciples. Let’s stop being fat Christians. I would love to help you get in gear and be on the mission of making disciples together. Rest, eat, exercise and repeat will make you spiritually fit!

Chaplains understand and experience the challenges that service members may encounter throughout the deployment cycle, making chaplains a valuable resource for support.

via Role of Chaplaincy in the Military at Real Warriors.

One step at a time:

via Feature – Improving running one step at a time.

HELP US GET ONE OF THESE ON THE GROUND! 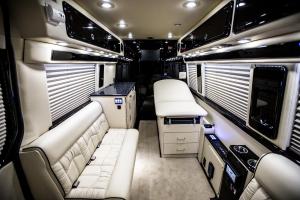 We know a lot of youth groups are looking for summer projects. Let the raising money to get these buses on the ground be one of them. Then join with us as we minister to these women! What a fantastic opportunity to make you light shine!

“From the time I made the appointment I knew.

As I laid on the table I knew.

We have no idea how capable we are- We are sinners. We are capable of murdering our own children.”

How well do you fail? Tony Dungee

A successful career in the NFL would seem to be a dream come true. Money, notoriety, and accolades. Tony Dungy was living that dream, coaching the perennially losing Tampa Bay Buccaneers to a regular spot in the playoffs. It seemed that everything was working out as planned, until he was fired for not winning the championship. Just what was he going to do now?

Eventually repeating the same success as head coach of the Indianapolis Colts, Dungy still battled against doubters in his abilities. Could a Super Bowl victory be the only place of redemption? Or was there another, better way, to understand the big picture of his life? (Iamsecond.com)